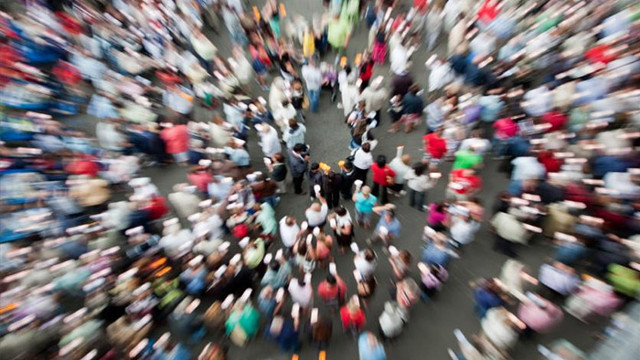 By a stroke of luck, I escaped most of the mindless conditioning and brainwashing inflicted on our young by a state sponsored education system and a truly soul destroying power grab by organised religion.

How ineffective and corrupt  the resulting ‘collective’ mind set has turned out to be is evident all around us:

No wonder Jon Rappoport’s words resonate with me. He has helped me and many others to see, for the first time, the artificial matrix we have been collectively encapsulated in restricting our  every free move and free thought.

That those who have wielded the real power in this world begin to realise that that power is rapidly slipping away from them is evident in the more and more desperate and absurd measures they are taking to try to maintain that power and control. From almost daily false flag incidents to accusing truth as somehow being ‘fake news’. That they hurt. maim and even kill many in the process is of no concern to those striving to maintain their power. Their souls were lost a long time ago.

So it is with increasing hope that I look towards a future where every sentient being can throw off their leg-irons and rejoice as  the oppression and tyranny of the’collective’ fade into a dark and distant history.

The Matrix Revealed: The collective experiment on planet Earth

When all obsessive #group-consciousness on Earth is finished, exhausted, when it admits defeat, then a different era will emerge. But for now, we are in the middle of the #collective experiment.

High-flying cloying sentiment, profound dependence on others, covert repression—these are the order of the day.

How long until the collective age is over? A hundred years? A thousand years? The answer is, as long as it takes for every human to realize that the experiment has failed, and why.

The why is clear—the i#ndividual has been overlooked. He has been demeaned. He has been grabbed up and drafted into groups. His creative power has been compromised in order to fit in.

The majority of the world still believes in this approach, as if from good groups will flow the ultimate and final solutions we have all been seeking.

This is sheer #mind_control, because good groups morph into evil, and vice versa, in the ongoing stage play called reality.

What constituted a triumph of good over evil at one moment is guided into yet another collective, whose aims are “a better kind of control.”

The most deluded among us believe we are always on the cusp of a final breakthrough.

But there is no “we” to make the breakthrough.

It comes to every person on his own. And it does not arrive as the thrust of an external force, but from one’s own struggle, accompanied by insights for which there is no outside agency to lend confirmation.

If indeed it will take a thousand years to bring this collective illusion to a close, that is no cause for despondent reaction.

On the contrary, it is simply an understanding that all experiments come to an end, as does the method of thought on which they are based.

One or ten or a hundred collapses of civilization, and the resultant rebuilding, are not enough.

It can only dissolve when overwhelming numbers of individuals, each in his own way, absent self-deception, sees its bankruptcy.

The “we” and the “us” are merely postponements and cover stories splashed on the front pages of the mind.

Fighting for what is right, here and now, is vital. But it does not preclude the knowledge that, as long as people are fixated on groups as the Answer, the underlying problem will persist.

Therefore, as part of my research over the last several decades, I have explored what is now commonly called the Matrix, from the point of view of freeing the individual from it.

The first step is understanding Matrix as an ongoing perverse “work of art” and viewing the nuts and bolts of it.

That is the purpose of my first collection, The Matrix Revealed. You can order the collection here.

Here are the contents of The Matrix Revealed:

* Ten and a half hours of audio.

The 2 bonuses alone are rather extraordinary:

* My complete 18-lesson course, LOGIC AND ANALYSIS, which includes the teacher’s manual and audio to guide you. I was previously selling the course for $375. This is a new way to teach logic, the subject that has been missing from schools for decades.

* The complete text (331 pages) of AIDS INC., the book that exposed a conspiracy of scientific fraud deep within the medical research establishment. The book has become a sought-after item, since its publication in 1988. It contains material about viruses, medical testing, and the invention of disease that is, now and in the future, vital to our understanding of phony epidemics arising in our midst. I assure you, the revelations in the book will surprise you; they cut much deeper and are more subtle than “virus made in a lab” scenarios.

The heart and soul of this product are the text interviews I conducted with Matrix-insiders, who have first-hand knowledge of how the major illusions of our world are put together:

* ELLIS MEDAVOY, master of PR, propaganda, and deception, who worked for key controllers in the medical and political arenas. 28 interviews, 290 pages.

* JACK TRUE, the most creative hypnotherapist on the face of the planet. Jack’s anti-Matrix understanding of the mind and how to liberate it is unparalleled. His insights are unique, staggering. 43 interviews, 320 pages.

* RICHARD BELL, financial analyst and trader, whose profound grasp of market manipulation and economic-rigging is formidable, to say the least. 16 interviews, 132 pages.

* Several more interviews with brilliant analysts of the Matrix. 53 pages.

* The ten and a half hours of mp3 audio are my solo presentation, based on these interviews and my own research. Title: The Multi-Dimensional Planetary Chessboard—The Matrix vs. the Un-Conditioning of the Individual.

(All the material is digital. Upon ordering it, you’ll receive an email with a link to it.)

Understanding Matrix is also understanding your capacity and power, and that is the way to approach this subject. Because liberation is the goal. And liberation has no limit.

I invite you to a new exploration and a great adventure.

The author of three explosive collections, THE MATRIX REVEALED, EXIT FROM THE MATRIX, and POWER OUTSIDE THE MATRIX, Jon was a candidate for a US Congressional seat in the 29th District of California. He maintains a consulting practice for private clients, the purpose of which is the expansion of personal creative power. Nominated for a Pulitzer Prize, he has worked as an investigative reporter for 30 years, writing articles on politics, medicine, and health for CBS Healthwatch, LA Weekly, Spin Magazine, Stern, and other newspapers and magazines in the US and Europe. Jon has delivered lectures and seminars on global politics, health, logic, and creative power to audiences around the world. You can sign up for his free NoMoreFakeNews emails here or his free OutsideTheRealityMachine emails here.

One thought on “The collective experiment on planet Earth”