To most of us, the idea that governments would knowingly and willingly commit #democide to fulfil such an apparent insane agenda proposed by some influential people and organisations  sounds utterly implausible and would be dismissed as some weird conspiracy theory.

That is, until you start doing some research yourself only to find that wilful depopulation and mass murder has been part and parcel of population ‘herd’ management by rulers and even churches for centuries. History abounds with examples of such extreme measures.

In this article in the Liberty Beacon, Roger Landry  comprehensively illustraties some of the depopulation measures that are being carried out right now, under our very noses, by governments and big business. He writes among other things:

“Since the mid 1960s the fertility rate in the USA has dropped off a cliff … approaching an almost 50% decline, and this is in lock step with the rise in vaccinations administered to the same population.

If a layman such as myself can find abundant researched based information showing this obvious connection (see multiple links below article) … can you really believe for even a moment that our government with its almost infinite resources, is not aware of this?

And if you believe that if they are aware … Why has NOTHING been done to rectify this situation? Why is it not even a topic of discussion via entities such as the CDC or the FDA … or any government agency … The real question here is … Do they even want to … ???

Can you possibly understand that being aware of this connection, this very government is pushing hard through employer pressure or proposed and existing laws to make these mechanisms of sterility … MANDATORY!

And the worst slap in the face to all of us is that the very companies that produce and distribute this poison to the propagation of humanity, have been granted total immunity from prosecution by this very government …

Are you angry yet? Because it gets worse … MUCH WORSE!” 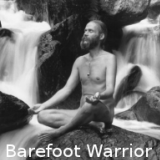 Mostly naked grey haired activist and social commentator always looking for ways to improve mankind's lot.
Barefoot 100% of the time since 02/May/2009
Anti-Vaxer since 1971 when my sons were born
Independent candidate for the Australian Senate in 1991
Naturist since birth. Naturist lifestyle advocate.
Special interests are Natural Health and Geo Politics